The U.S.S. Imperator is the ship Robert Schalles returned to the U.S. on after the war on August 3-9, 1919. This booklet is something he saved. Not sure when he got it. Maybe it was given to him on the trip home or maybe he obtained it after getting home.

See more about the U.S.S. Imperator and Schalles’ trip on Crossing the Atlantic. 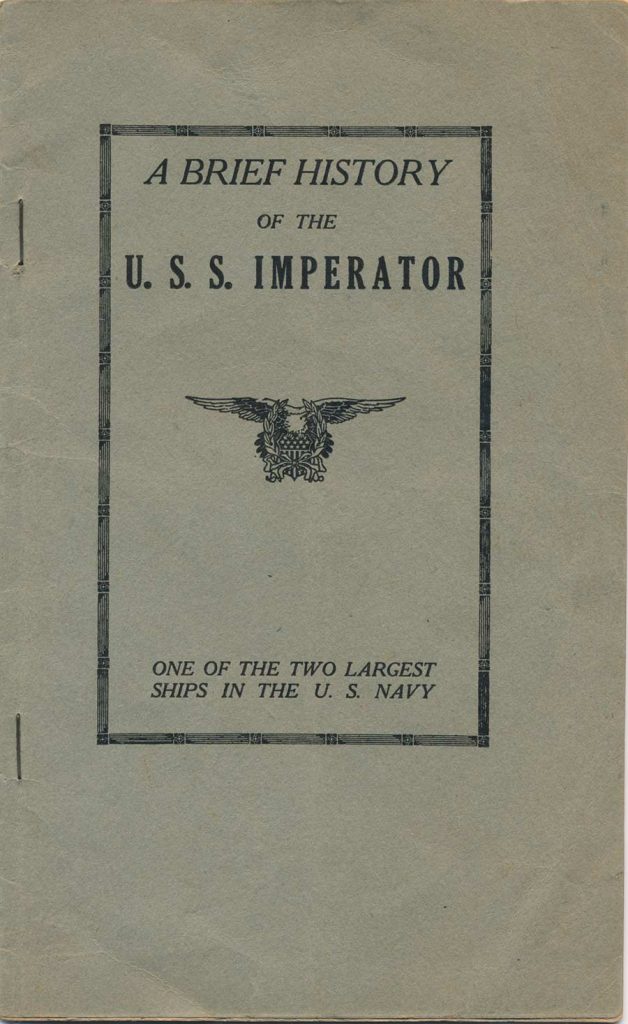