This French citation has the date of my grandfather being wounded as October 3, 1918. The actual date is October 4, 1918. 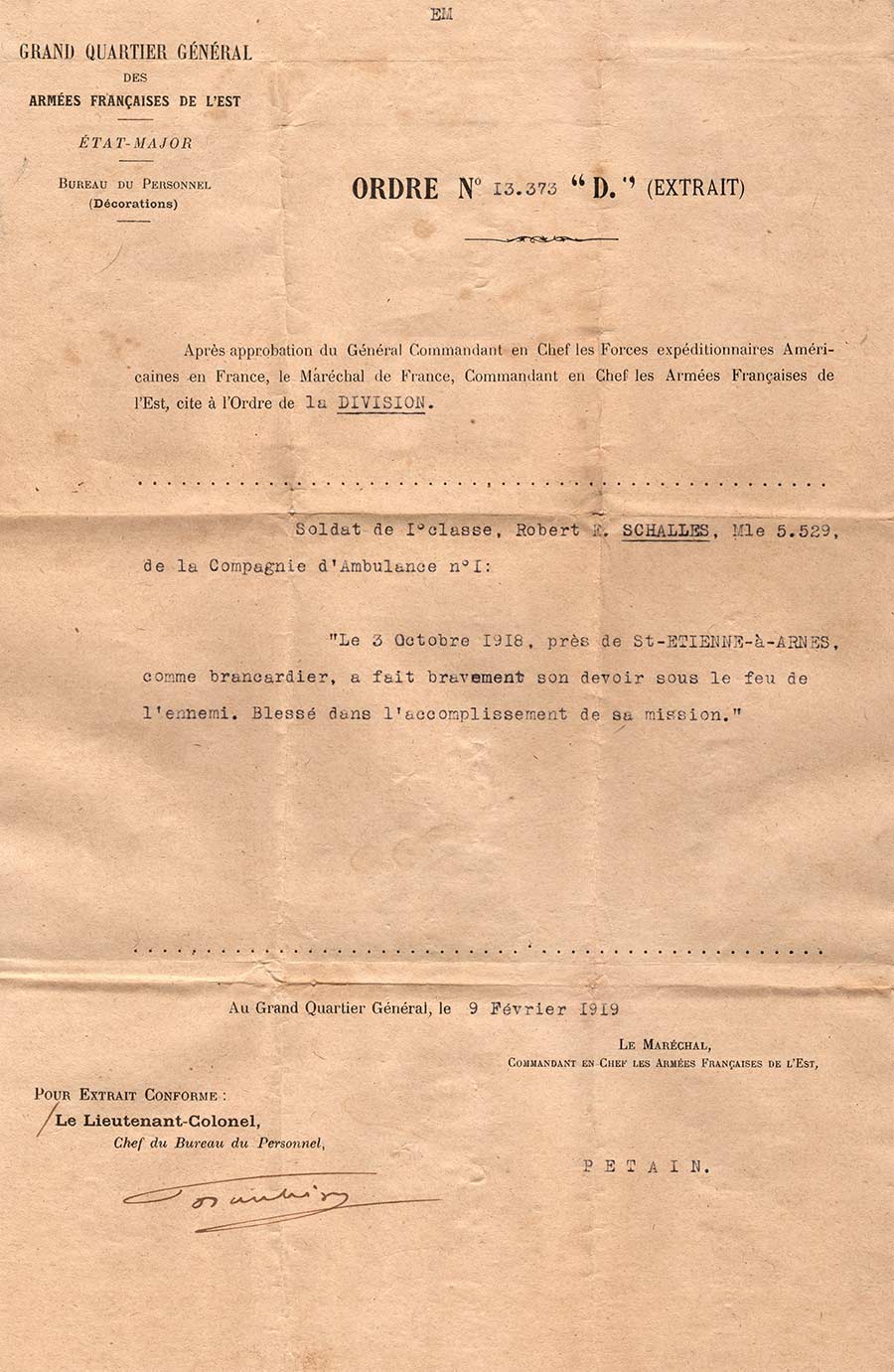 “On October 3rd, 1918, near ST-ETIENNE-À-ARNES. As a stretcher-bearer, he bravely accomplished his duty under enemy fire. He was wounded while accomplishing his mission.”

At the Grand Quartier Général, on February 9th,1919
(The general headquarters of the French Army)