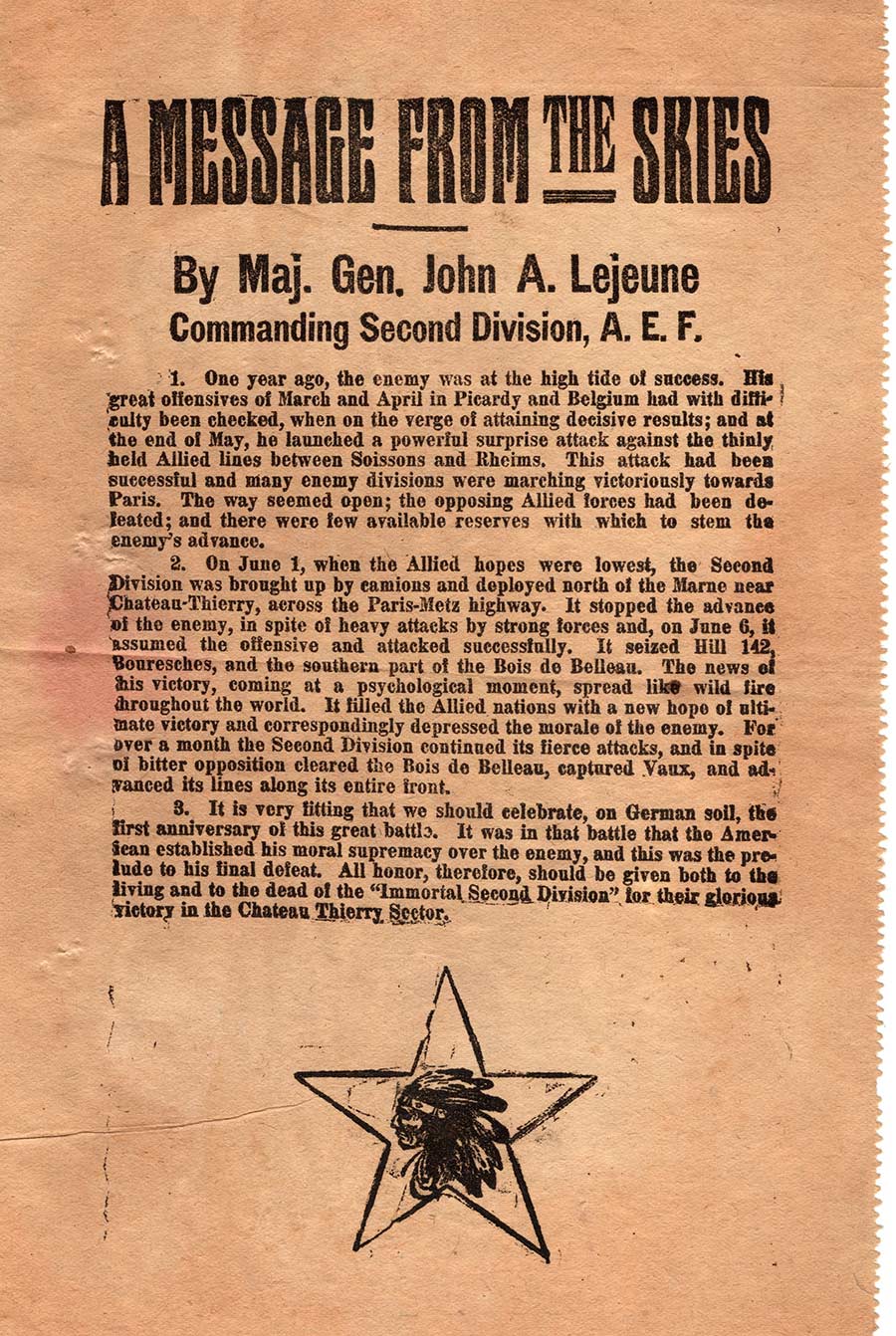 A Message from the Skies

1. One year ago, the enemy was at the high tide of success. His great offensives of March and April in Picardy and Belgium had with difficulty been checked, when on the verge of attaining decisive results; and at the end of May, he launched a powerful surprise attack against the thinly held Allied lines between Soissons and Rheims. This attack had been successful and many enemy divisions were marching victoriously towards Paris. The way seemed open; the opposing Allied forces had been defeated; and there were few available reserves with which to stem the enemy’s advance.

2. On June 1, when the Allied hopes were lowest, the Second Division was brought up by eamions and deployed north of the Marne near Chateau-Thierry, across the Paris-Metz highway. It stopped the advance of the enemy, in spite of heavy attacks by strong forces and, on June 6, it assumed the offensive and attacked successfully. It seized Hill 142, Bouresches, and the southern part of the Bois dd Belleau. The news of his victory, coming at a psychological moment, spread like wild lire throughout the world. It filled the Allied nations with a new hope of ultimate victory and correspondingly depressed the morale of the enemy. For over a month the Second Division continued its fierce attacks, and in spite of bitter opposition cleared the Bois do Belleau, captured Vaux, and advanced its lines along its entire front.

3. It is very fitting that we should celebrate, on German soil, the first anniversary of this great battle, It was in that battle that the American established his moral supremacy over the enemy, and this was the prelude to his final defeat. All honor, therefore, should be given both to the living and to the dead of the “Immortal Second Division” for their glorious victory in the Chateau Thierry Sector.