The Worse for It

The Worse for It contains 45 World War I letters that span 1917-1919. The letters begin with Schalles’ military training in Texas, then across the Atlantic to the front lines and trenches in France and finally with the Army of Occupation in Germany before his trip home in August of 1919.

Schalles was in the 1st Ambulance Company, 2nd Division. He was wounded in 1918 and experienced the horrors of The Great War as so many others like him did.

It is all in these letters: the new recruit, living in a foreign land for the first time, experiencing the horrors of combat, enduring the boredom of military life and longing to go home.

Schalles, my grandfather, left behind many artifacts (helmet, gas mask, uniform), documents (discharge papers, newspapers, military passes while in France and Germany), photographs and the letters he wrote to his parents, sister, brother and a niece.

Buy The Worse for It 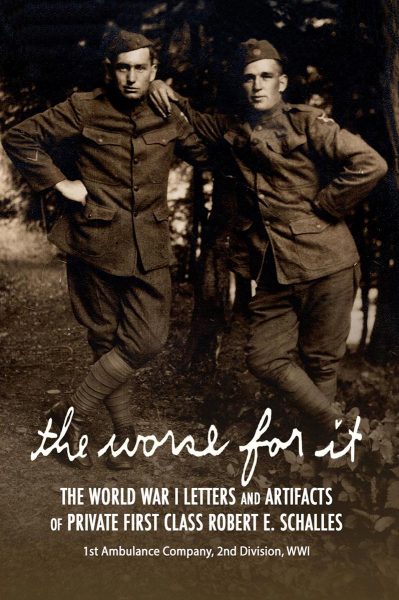 "I have learned a good deal more than I expected since crossing the great pond, but am more the worse for it."

Praise for The Worse for It

As a teacher of history for 32 years and a student of it for most of my life, primary sources are the most engaging and fascinating to read. A history book, regardless of how astute and scholarly the work may be, is typically an interpretation of events never experienced.

The Worse for It takes the reader to the source. Through the letters of Robert E. Schalles one can almost experience his fears and joys while he deals with the mundane and horrifying duties of a soldier who yearns to return home to his family’s farm.

After reading the The Worse for It you will want to shake Schalles’ hand and thank him for his service to our country. I highly recommend it for all history lovers!

The Worse for It is an insightful and heartfelt look into World War I through the eyes of Robert E. Schalles.  Experiencing the horrific realities of war, Schalles evolves from a midwestern farmer to an experienced, war-hardened medic. The journey with Schalles, valuable for teachers and students alike, brings to life the Great War in a way that no textbook can.

Readers of history will surely thank Glen Draeger for publishing his grandfather, Robert E. Schalles’ correspondence chronicling his experiences during the Great War. Private Schalles gives us his contemporaneous observations of one of the most transformative events in human history. His letters portray the horrors of war, such as preparing for gas attacks and burying dead enemy soldiers, along with casually commenting that there isn’t much to spend money on at the front.

The title, The Worse for It, taken from one of Private Schalles’ letters describing the war’s effect on him, could very well express the impact this war and its aftermath bore upon the entire world. One cannot read these letters without contemplating the life-changing implications of war on the soldiers and their families.

— Mark A. Reed, Attorney at Law

The Worse for It is an absorbing look into one doughboy’s experience in the first world war. Army Private First Class Robert E. Schalles’ pragmatic and sometimes seemingly dispassionate writings belie the horror, shock, and life changing experiences he had and it is only those who served in combat who will fully understand and appreciate the effects it has on an individual’s life view and values.

This is a terrific firsthand account that any history enthusiast would thoroughly enjoy. 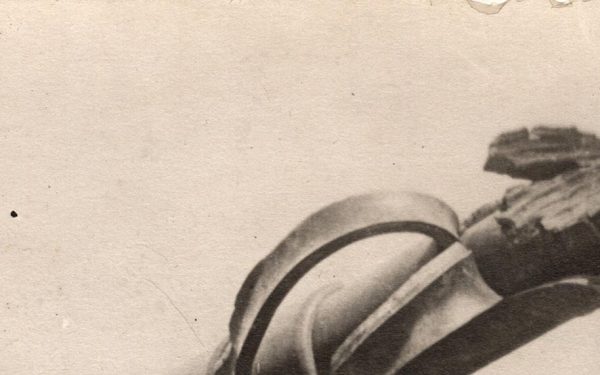 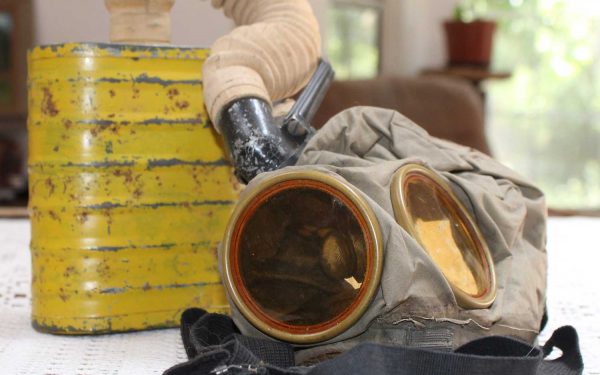